This diverse artist has been called several musical names in the past, but his present name is the “Big Steppa”. Kurt A.K.A. Big Steppa came from a very interesting, humble musical genre; which dates back to the early eighties, in Castle Bruce Dominica.

It was no secret that this little boy had vocal skills. He was constantly with his grand ma’, back then she was heading the choir in the church.Music always was the main element for many things including bringing families together.

This kid with that nice voice would always lead the songs. In 1985 Kurt took part in a Calypso show given by the school he attended at the time. His aunt Valentine Baptiste wrote him songs and he placed 1st runner up and never gave up singing.

Big Steppa sang at his high school graduation in the presence of the Prime Minister at that time. In fact, he was the lead vocalist of a band called Tropic Tention.

The Big Steppa received raved reviews for performing his upcoming hit singles “Set Me Free” and “Wine-up” in the August 2005 Summer Caribbean Festival at Weequake Park in New Jersey.

The Big Steppa has performed on stage with Marlon Asher, one of which Steppa attained raved reviews from his performance by Marlon himself as well as a host of others.

The Big Steppa Collaborated on a project on the same Riddem “Time & Wedda” with Luciano and Ed Robinson. Big Steppa Mastered his hit “The Stone That The Builder Refused” on that same riddem. 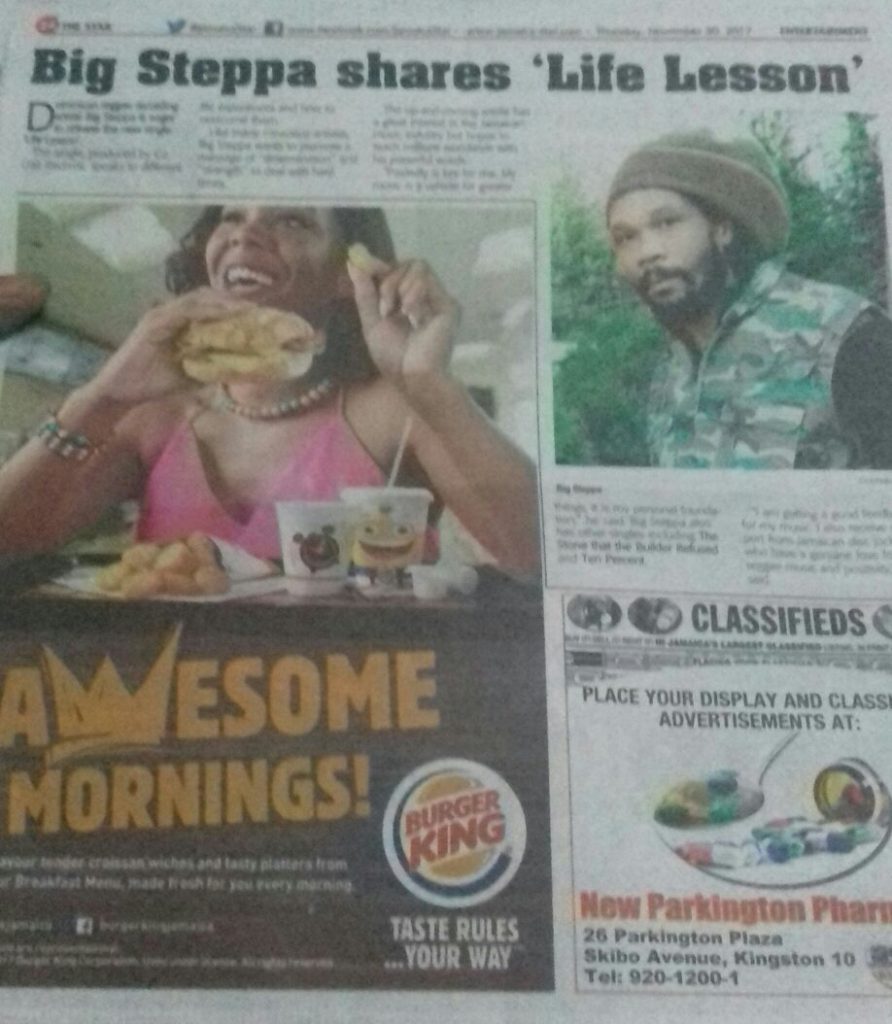 The Big Steppa has worked in Landlord Entertainments Studio which is Whitney Houston’s personal studio on a project headed by Whitney’s brother Mike Houston. Song entitled Eternal Luv a duet with rap recording artist Egypt which was signed directly to the Landlord Label.

The Big Steppa received raved reviews for performing his upcoming hit singles “Set Me Free” and “Wine-up” in the August 2005 Summer Caribbean Festival at Weequake Park in New Jersey.

In April 2009 Big Steppa traveled to Trinidad to promote his music with International recording Star Louie Culture. They both were premiered on the Biggest Radio Station in Trinidad Soca 91.9FM

The Big Steppa will continue to pursue the music and the love & serenity it brings to one soul.

Make sure to check out www.bigsteppa.com